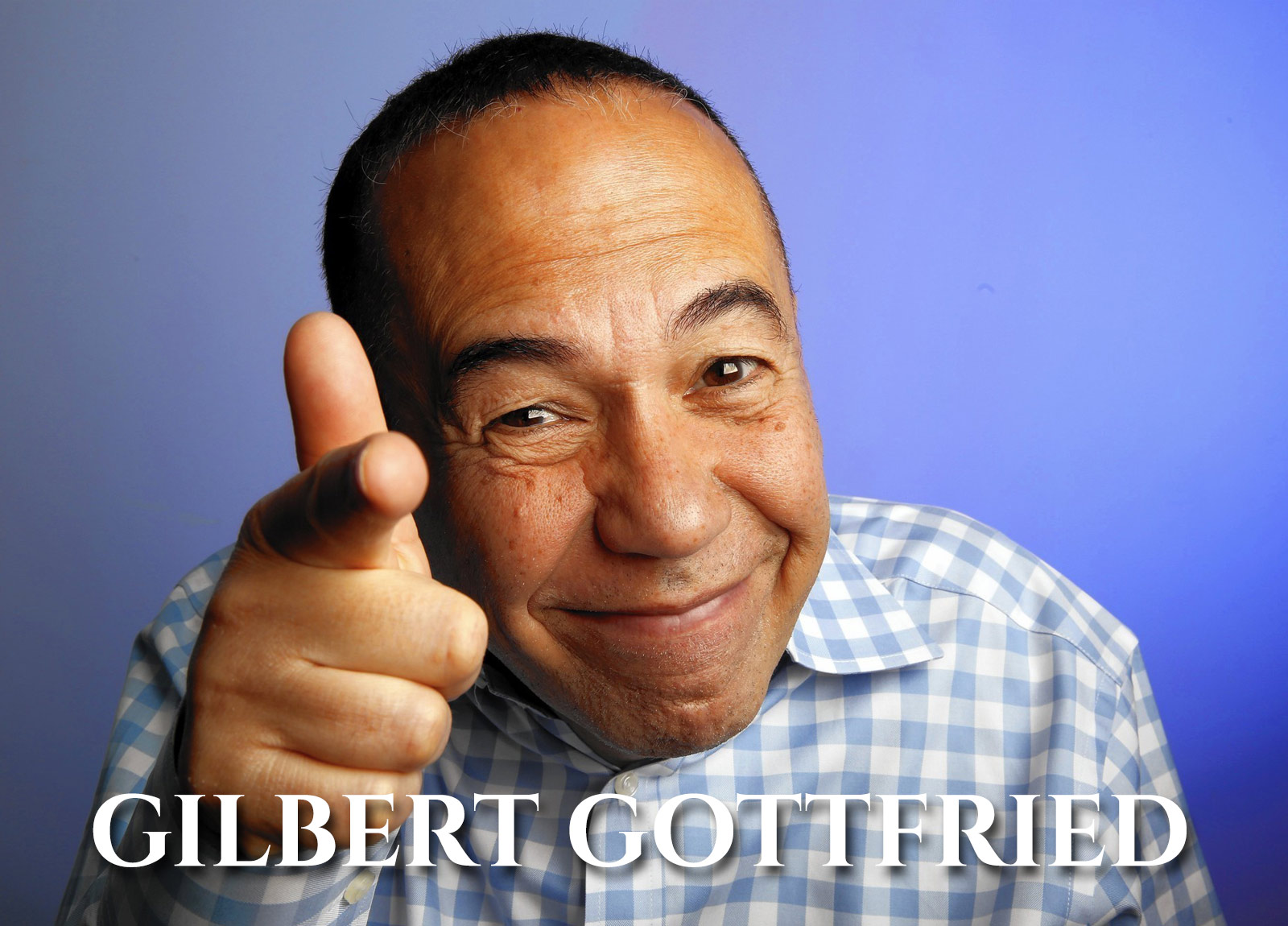 For over 50 years Gilbert Gottfried has been performing his unique style of unfiltered stand-up comedy.  He began on the stages of New York City at age of 15 and in the years to come became known as “the comedian’s comedian” because his live performances put aside political correctness while he delivers jokes that know no boundaries.

Within a few years Gilbert appeared on “Late Night with David Letterman”, “The Cosby Show” and for a short time as a cast member of “Saturday Night Live”.  He has also been seen on television on programs like “Celebrity Wife Swap” and “Celebrity Apprentice”.

Gottfried’s work in television soon led to roles in film. Most notable was his scene as business manager Sidney Bernstein in the hit sequel “Beverly Hills Cop II,” for which the New York Daily News said, “Gilbert Gottfried steals the picture with a single scene.” On the big screen Gilbert has also appeared in “Problem Child’, “Look Who’s Talking II” and “The Aristocrats” where Entertainment Weekly wrote that “out of the 101 comedians who appear on screen, no one is funnier – or more disgusting – than Gilbert Gottfried.”

After his stellar performance as the wise cracking parrot, IAGO, in the Disney classic “Aladdin,” Gottfried became one of the most recognizable voiceover talents, lending his voice to commercials, cartoons and films, including the PBS Series “Cyberchase.”

Gottfried has made numerous memorable appearances on Comedy Central Roasts and the Comedy Central series, “The Burn with Jeff Ross” and “The Howard Stern Show”.  Gottfried’s “Fifty Shades of Grey” reading (College Humor) received over 5 million views on YouTube.

Recently the documentary “Gilbert” was released revealing an unexpected side to the iconic comedian and his podcast ”Gilbert Gottfried’s Amazing Colossal Podcast!” where Gilbert and Frank Santopadre interview Hollywood icons and  legends, continues to be downloaded by millions of people a month.

Few comedians have had careers as long and diverse as Gilbert…and he’s still going.