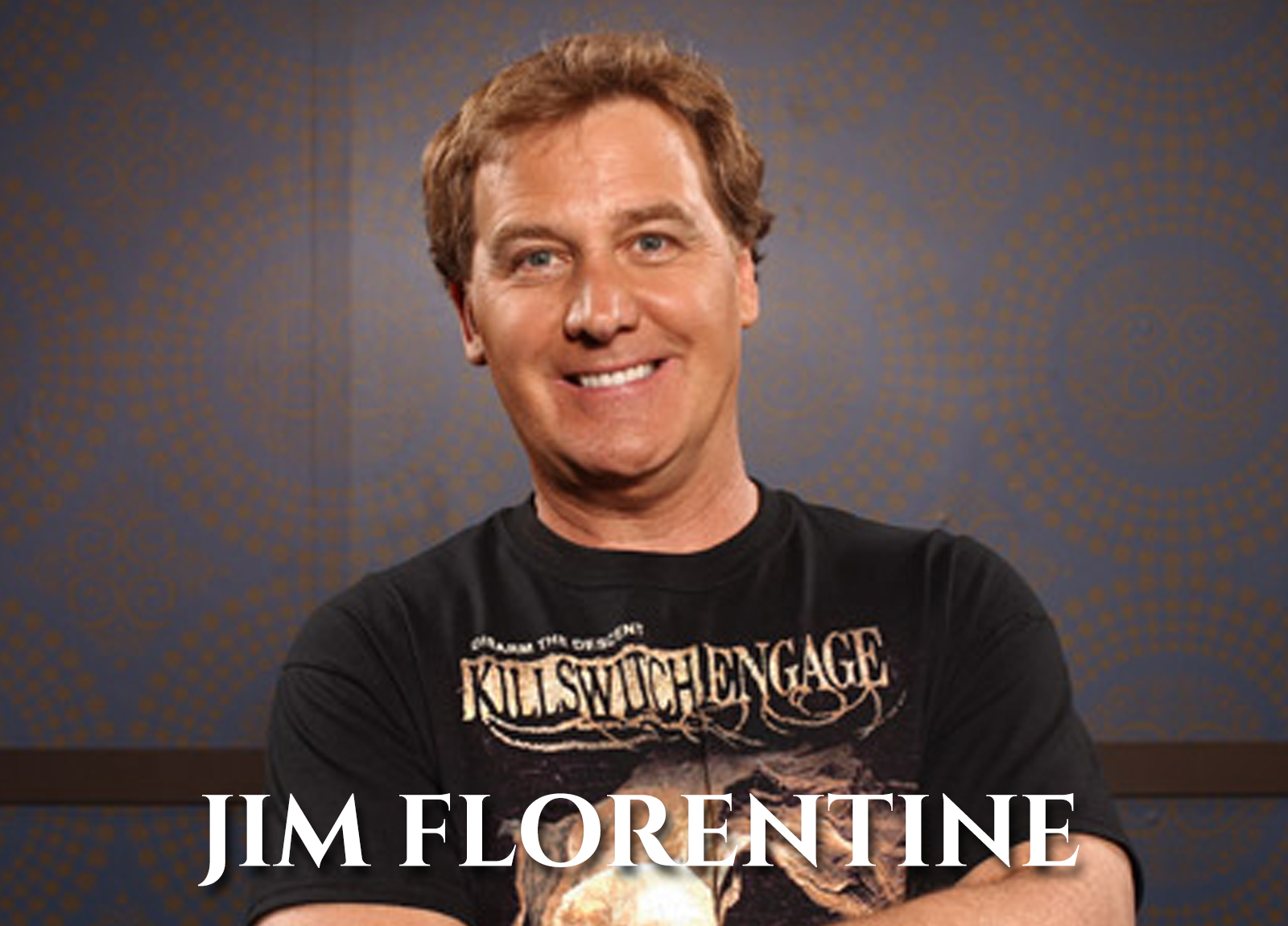 JIM FLORENTINE is a stand-up comedian, TV host, actor, podcaster and voice artist. He is best known for co-hosting VH1 Classic's heavy metal talk show series "That Metal Show" that ran from 2008-2015 and his frequent appearances on the Howard Stern radio program. Jim is also known for his work on Comedy Central's show Crank Yankers where he performed the voice of Special Ed and Bobby Fletcher. Recently, JIM FLORENTINE has appeared in the hit movie Trainwreck as the one night stand guy and on the critically acclaimed TV series Inside Amy Schumer and Louie on FX. In 2016, Jim released two comedy specials, “I'm Your Savior” was a critically acclaimed one-man show about his about his life and the death of his ex-girlfriend. His second special released the same year “A Simple Man” debuted at number 1 on the comedy charts.