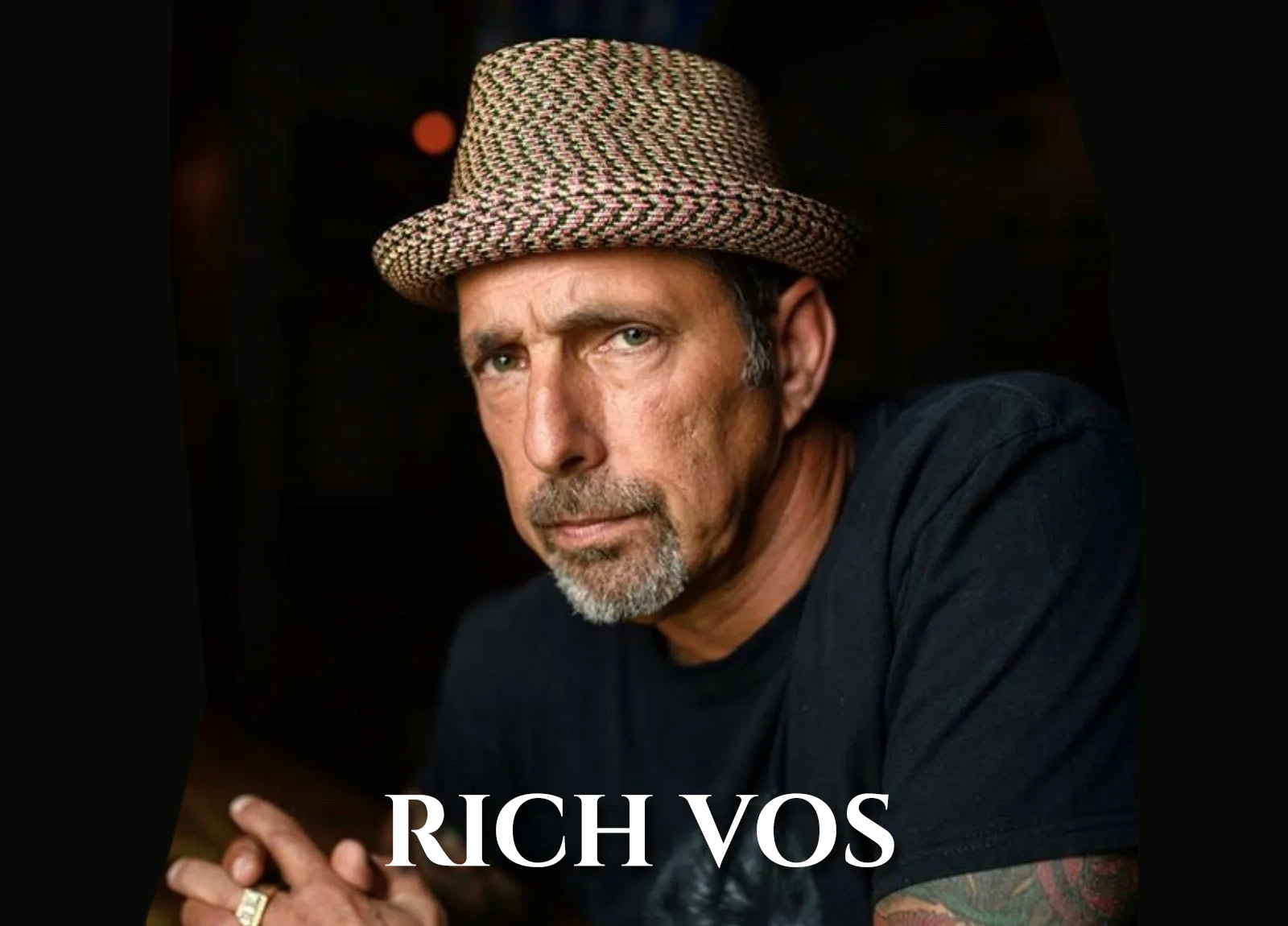 Rich Vos' has four specials on Comedy Central and over 100 television appearances. He has been seen on HBO, HBO Max, Netflix, Showtime and Starz. Rich also produced and starred in the documentary "Women Aren't Funny", appeared in Judd Apatows "King of Staten Island. He's a two time writer for the Academy Awards. Rich hosted Woodstock 99, The Virus Tour, and the Washington Monument Drug Awareness Concert. Vos can be heard on numerous top podcasts such as WTF with Marc Maron, The Church of What's Happening Now with Joe Diaz, and The Joe Rogan Experience. Along with wife Bonnie McFarlane, Rich has a hit podcast "My Wife Hates Me" that looks inside the marriage and day to day life of the two comics. Rich has also been clean and sober for 35 years, leading to performances at countless 12 Step Conventions. He has 6 albums in rotation on Sirius XM. He has the best Roast in the history of Roasts on YouTube vosroast.