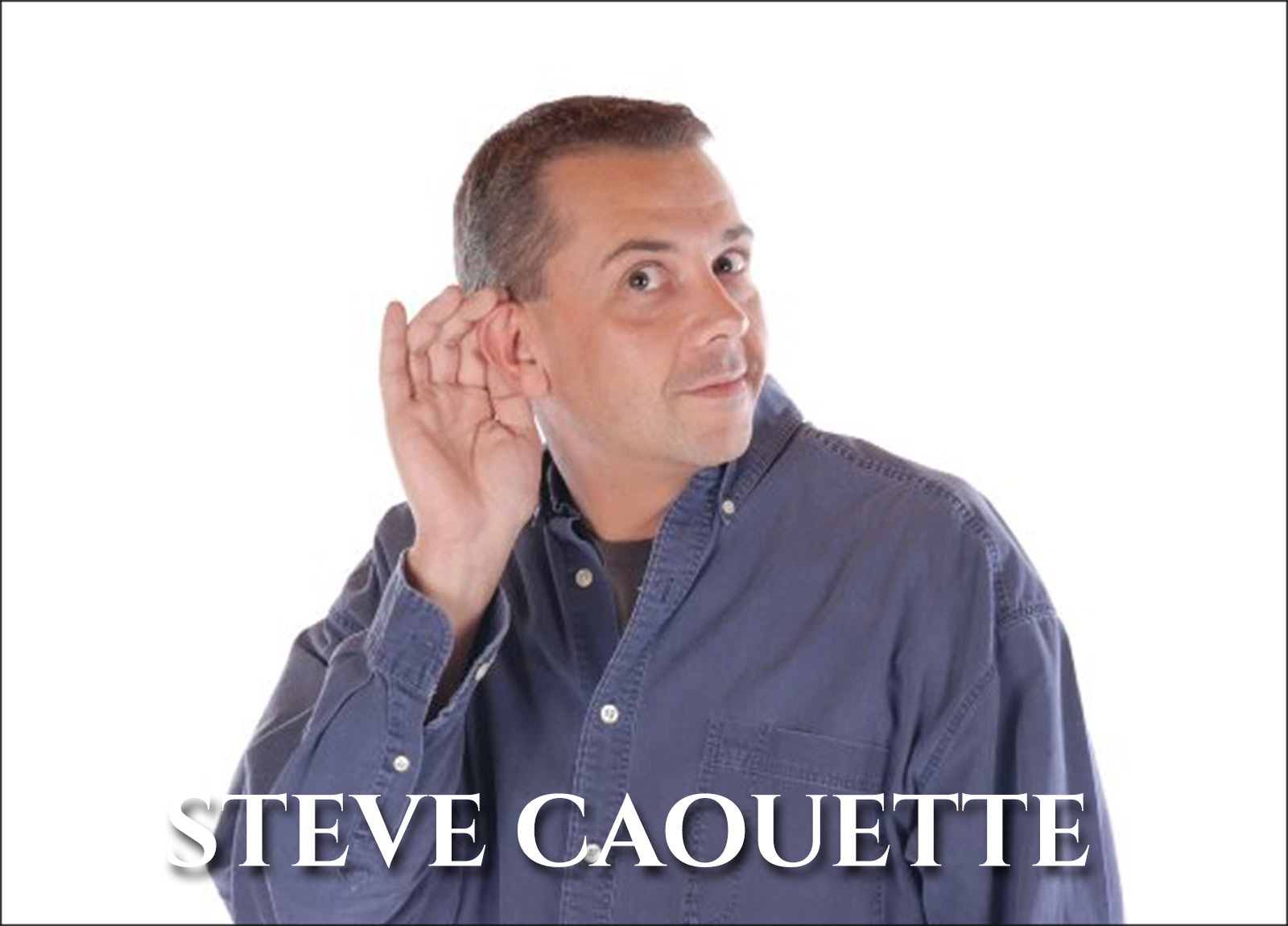 Steve Caouette was born in Sanford Maine. As early as 1st grade he would entertain his school with improvisational skits and puppet shows. He would soon join The Maine Stage Theater where he landed roles in classics such as Oliver! and The Music Man. While attending the University Of Maine he was one of only 11 interns chosen to work for CBS and Late Show with David Letterman. Steves sights then turned to film when he started work in production of Stephen King's The Langoliers an ABC mini series. Tom Holland, director of The Langoliers soon re-hired Caouette to work as a personal assistant to the lead actor Robert John Burke in Stephen King's Thinner. It was during these films Caouette was encouraged by Burke and fellow crew to try stand-up comedy... probably because his mimicry skills were always requested for a good laugh.

He started performing regularly in the New England regularly and found much success in the clubs and countless colleges across the country. Independent films produced by Titans of Film recruited Caouette for four of their films one of which was a musical and Caouette sang two of the soundtracks songs. Steve is travels internationally entertaining audiences around the world. He is one of the busiest comedians on the newest and most advanced cruise ships on the planet entertaining audiences by the thousands every week. Steve is no stranger to Vegas or Atlantic City either, performing at the Comedy Stop at the Trop, Riviera Comedy Club and The Borgata Hotel Casino.